The Owl House – Disney’s series that will have a bisexual lead:

It is an American animated television series of the fantasy genre. The animated series is produced by  Disney Television Animation and was premiered on Disney channel in the month of January this year.

The series will be based on Luz Noceda’s life and shows the hurdles she faced on her way to become a witch and follows her adventures despite her absence of magical powers. Luz Noceda is the 14-year-old Dominican-American girl.

The series will have the bisexual character: 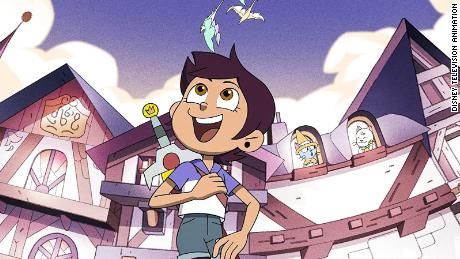 Dana Terrace said in a tweet that the ‘certain Disney leadership’  was not very fond of an LGBTQ+ character in the very beginning. She said that she was very open to putting up queer kids as the main cast in the series. She said that she is a horrible liar hence sneaking this would have been hard for her. Dana Terrace added that she was told by ‘certain Disney leadership’ that she cannot show any bi or gay character on television.

She said that she wanted to write about the bisexual character and this made her work hard to make Disney accept her proposal to show the character on television.

Dana said that she was lucky that her stubbornness paid off and now she is highly supported by ‘certain Disney leadership’.

Check out the latest: Phase 4 Marvel’s Biggest Movie Gap Since The MCU Started!!!

The Fortnite Fight Bus drops into the very first free-to-play case of the Rocket League later this week!!!

League of Legends’ Samira gets hotfix nerfs, was “clearly too strong on day one”: Check it now!!!

Businesses Are Struggling To Reverse UK Back To Office Plans!!!