Will there be Baywatch 2??? Click to know Status of the Movie, Release, Cast, and Plot Details!!!

HALLOWEEN KILLS!!! All about the Upcoming Movie in Halloween franchise!!! Plot, Release date, Trailer and more!!!

Netflix released Love Wedding Repeat recently!!! So, the question is should you Tune In Or Not???

Everything about The Promised Neverland season 2- Plot, Release date, and more.

Thor: Ragnarok will be returning to the Marvel Cinematic Universe with its sequel named, Thor: Love and Thunder.

Thor: Love and Thunder, the sequel of Thor Ragnarok is the fourth movie in the series of Thor saga. Directed by Taika Waititi, the sequel will surely electrify us and give exciting surprises to Marvel Fans. The movie will definitely be one of the most ambitious entries in Marvel Phase 4.

The announcement of the movie was made at San Diego Comic-Con in July 2019. This announcement filled the fans with joy.

Chris Hemsworth will be back as God of Thunder, Thor. Director Taika Waititi will also be appearing on the screens as Korg(voice). Tessa Thompson will play the role of Valkyrie, the newly-installed ruler. Many other casts from the Ragnarok will return in the sequel.

Kevin Feige, the producer of the movie, announced that Natalie Portman will return to MCU as Jane Foster who will be the female Goddess of Thunder. 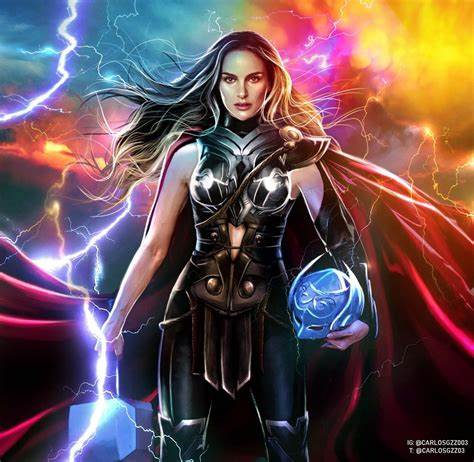 The film will basically revolve around Lady Thor’s story from the recent comic series called The Mighty Thor by Jason Aaron. It can be expected that the movie will head in multiple-directions.

Waititi said that the movie will be full of emotions, love, and thunder.

To date, there is no official trailer released. It is expected that the trailer will release by next year until December.

Before the movie was expected to be released on November 5, 2021. But there will be a delay in the release of the movie due to certain reasons such as Black Widow’s extension and COVID-19.

The movie will be worth waiting as it will provide a lot of fun to its viewers.

Wise Man’s Grand child Season-2 will be back or not!!!And lot more about it!!Check it out
Everything to know about The Baby Boss 2!!!