Another shocking event regarding the wildlife happened in Botswana as a huge amount of elephants died mysteriously. The place of their death was reported in Botswana’s famed Okavango delta. Which the wildlife department reported the cause of many elephant’s death is believed to have succumbed due to cyanobacteria poisoning. The government has assured people that they will be testing waterholes for algal bloom in the next rainy season. To prevent another terrible die-off of elephants. Read on more to know more about the incident and how did that bacteria manifested which led to massive die-offs of elephants.

The root virus that led to the death of many elephants?

During the timeline of May and June in the Okavango delta which many elephants drew their final breath and their mysterious deaths shocked conservationists. Which led many to believe and possible theories that their cause of death was a rodent virus known as EMC. (encephalomyocarditis) at toxins from algal blooms.

Madi Reuben, a principal veterinary officer at Botswana department of wildlife and national park said “Our latest tests have detected cyanobacterial neurotoxins to be the primary cause of death among elephants. These bacteria’s are found in water”. However, the most baffling question that their answers elude us is the fact that why are only elephants and why that specific place only”. We are currently investigating several hypotheses. 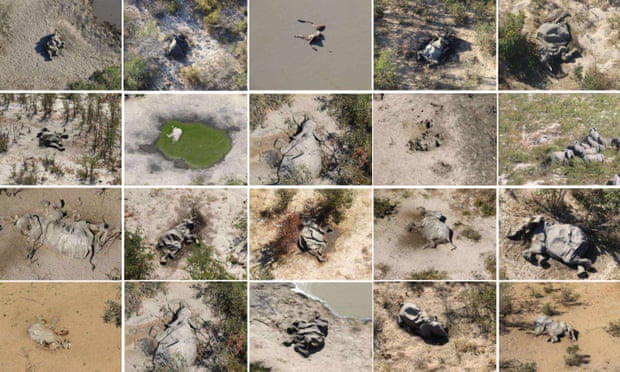 According to local sources, 70% of elephants died mysteriously near water holes containing a large amount of Algal Blooms. Which can give birth to toxic microscopic organisms called cyanobacteria? Scientists ruled out the lethality of the toxins because no other species died. Except for one horse and now several deaths of Elephants. It is possible because they spend a lot of time drinking a large amount of water. And bathing regularly.

Coronavirus Movie Delays!!! New Release Dates for 2020 and 2021 Blockbusters!!! Check Out Here!!!
Earth is planning on capturing mini moon but there’s something weird about it! What is it? Details here